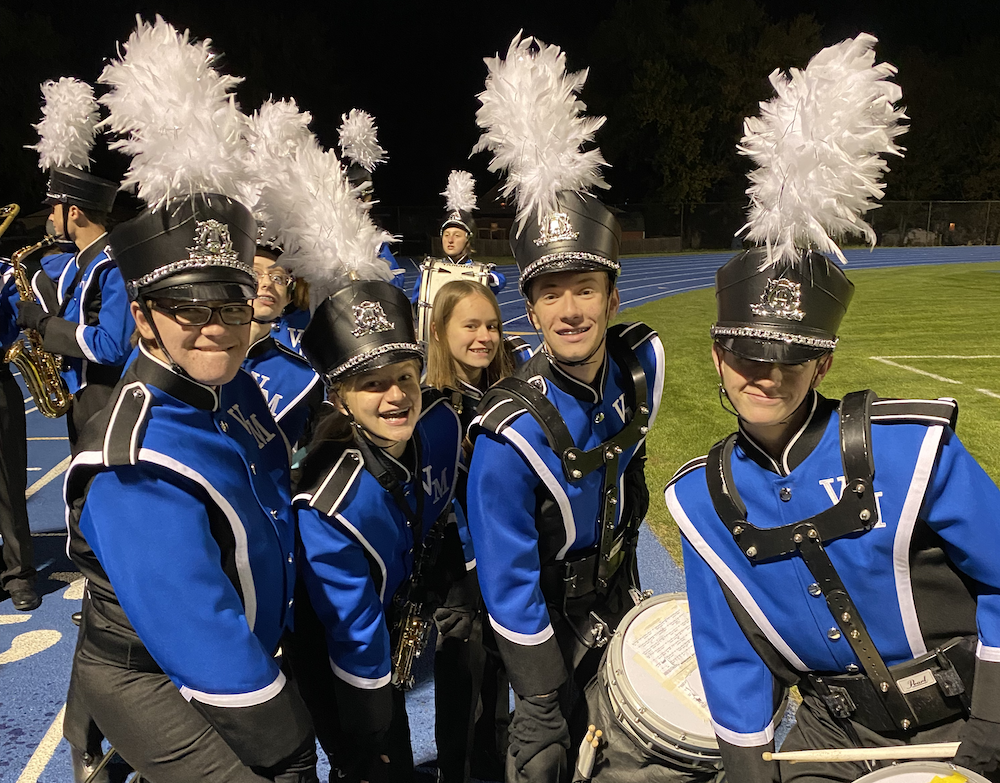 The Van Meter Marching Band has been hard at work this fall developing their halftime show for the year. The marching band season started in early August with a five-day band camp where they learned the fundamentals of marching and the music for the show.

After weeks of practice, they have worked to polish their show, which is a tribute to rock music from the 90's. Led by Avery Herbert, you can hear the marching band perform during the final home games of the season as the football team pushes into the playoffs!